“When Joe Sutton, producer of the Randy Rhoads Remembered Tour, got the phone call that someone was requesting they play at a venue that held 150 people his response was predictable: “No way in hell”.  When he heard it was in Rhode Island he reconsidered: “We’re playing a 150 capacity club”. You see, like most in the capacity crowd, Joe knew someone that passed in The Station Nightclub Fire. He felt the tour stopping and playing in Rhode Island was a way of giving back. 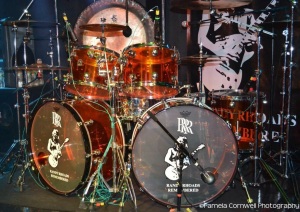 Let me tell you, they gave back!

The venue was 1150 Oak Bar and Grill in Cranston, Rhode Island and it was intimate, to say the least. It was also by far the smallest venue on the tour. But the musicians played as if they were in the largest arena gig of their lives …it was outstanding how they turned this “club gig” into a full-blown concert.

The Concept: The world’s top guitarists choose their favorite Randy Rhoads songs and play them with the house band, “The Madmen”. Members of The Madmen are Brian Tichy, Michael Devin, Rudy Sarzo and Stephen LeBlanc.

The show opens with audio from when Randy won the New Guitar Player of the Year Award in 1981. Explaining how he is very happy and proud, but he doesn’t wanna stop here and he has a long way to go.

Then The Madmen take the stage opening with “SATO”. Brent Woods (RR student) is playing the Polka Dot Flying V, perhaps the most iconic guitar of all time. Everyone was speechless with their mouths hung open for the first 30 seconds as Brian Tichy crushed the bell on his ride. Brian was for sure in beast mode tonight and we all knew that this was going to be something very special. Brent Woods plays what may be the most difficult of all the guitars with ease.

Michael Devin on lead vocals… I’m not sure why this guy doesn’t have his own full time band as lead singer. There was a “Lennonesque” quality to his vocals that, when mixed with metal, immediately reminded me of how Randy mixed classical with metal; simply put, Michael was amazing.    The second song was “Tonight” again with Brent Woods tickling the bow ties; it became clear that the student had become a master.

Chris Caffery from Trans Siberian Orchestra joined The Madmen with his Black Flying V next for a version of “Believer” like I have never seen or heard. Believer is one of my top 5 favorite songs of all time and it was great to see and feel this song played with a pounding on my chest that you just can’t get at home on your cd player…Chris and The Madmen exceeded expectation. 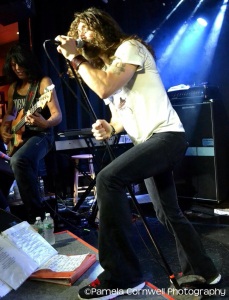 When Stephen LeBlanc opens “Mr. Crowley” everyone remains silent respecting the intro that we’re all so familiar with. Then Devin comes in with the vocals and we’re off and running again. Chris Caffery completely captured Randy’s style and tone. If you closed your eyes you’d think it was Randy himself. Rudy Sarzo was jammin’ away and bobbing his head like we have all seen so many times. Next up was Caffrey playing “Flyin’ High Again” and at this point we were all high…on emotion. The crowd sang along with Devin, this was clearly the anthem of the night.

Next up was Metal Mike from Halford. This guy jumps on stage, runs up to the front of the stage and starts wind­milling and playing “I Don’t Know” like no other, while wearing a shit eating grin. He is called Metal Mike for a reason and you can tell even off stage this guy is all Metal… all the time. The Concorde must have been in heaven being played the way he played it. It was a memorable moment for me. At the end of the song, someone from the crowd yells “that’s Rudy fucking Sarzo up there” and we all started laughing…

Next up, Phil Demmel of Machine Head with “Suicide Solution”, he also played his own version of the famous Polka Dot Flying V and he added a solo to the solo, intricate and lovin’ it. Clearly having a great time, non­stop smiling throughout the song. His outro was captivating… Demmel then played “Revelation (mother earth)” and everything he played was the heaviest version of that song that I have ever heard; it was exceptional. Stephen LeBlanc on the keys took us all on a journey through the middle of the song, playing every single note the way it is on the album. He took us all out of the rock show for a moment and then brought us right back around to Phil crushing the Sandoval.   Michael Devin’s vocals on this song were sensational; again I think he should be a lead singer. As soon as the song slowed and everyone calmed slightly you hear it from the crowd again, “Rudy Fucking Sarzo” and everyone is laughing…including the guys on stage.

Then, Brent Woods, Jeff Young, and Chris Caffery all walk on stage together to play “Over the Mountain”, playing the way Randy recorded it, with three layers of guitars. Chas West joined them for vox. This too was the heaviest version of this song I have ever heard and it left me speechless. 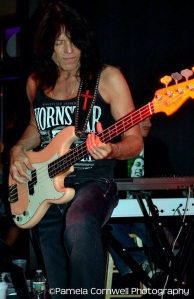 The crowd is now part of the show and is in awe of Rudy Sarzo. This time the chants start between songs, Ru­dy,Ru­dy, Ru­dy…it’s obvious everyone loves Rudy. He has carried the Legend of Randy Rhoads with him and speaks of him whenever he can, for 33 years he has been doing this and we all know it. He walks over to the center stage mic and while shaking his head he says, thank you, but please, please guys, we are here for Randy.

Next up was a Iron Man/Children of the Grave medley. Vox split between Chas and Michael. Chas starts with Iron man and as the Madmen go from one song to the other without stopping Devin gets the mic hand off. Both songs were fantastic and the crowd loved the Black Sabbath additions to the set list…who wouldn’t? 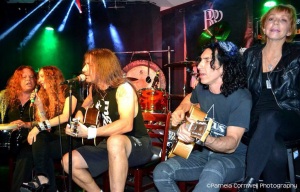 Then a little something very special happened, an acoustic version of “Goodbye to Romance” intro from Randy’s sister Kathy explaining this is her favorite song by Randy. (Dee is favorite piece overall) Brent Woods and Brian Tichy on acoustic (yes, Tichy plays guitar and also sings lead on this one — the guy is an amazing talent).  Also, along with Brent and Brian is Jeff Young on lead guitar.  Kelle Rhoads takes the stage on percussion while sharing a mic with Sherri Young. Kathy sat on stage throughout the song, you can tell she was getting emotional but hell, I think we all were at this point.

“You Can’t Kill Rock and Roll” ­ ummm, holy shit! Brent Woods on acoustic and Phil Demmel again making this song heavier than ever. Tichy is an absolute monster on the drums. Playing with intensity and power. The rolls and fills were inspiring to say the least. Anyone who plays the drums would have wanted to run home and play after watching this man’s amazing performance. 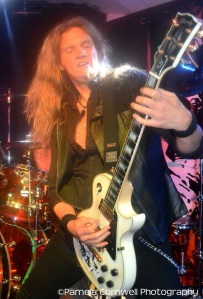 Joel Hoekstra is clearly a professional rockstar. This man has energy. You know how people talk about a person having “it”?   Well, this guy has it, and as soon as he turned up everyone knew it. He connected with each person in the crowd, and we connected with him all at once while he played “Little Dolls” ­ truly inspiring to all guitarists. Then Joel played acoustic on “Diary of a Madman” with Jeff Young on lead. This was truly an EPIC performance from a dynamic duo if I’ve ever seen one.

Rudy Sarzo then returns to the mic and starts to explain how he likes the smaller venues.  Remember, there are only 150 people here tonight.  He was playing on the edge of the stage just like your favorite local band plays at your favorite local club.  He was within’ reach of the fans all night long. He then talks about how Quiet Riot used to play at small clubs too, then complains that all the hot chicks used to stand in front of Randy and all the ugly dudes stood in front of him.  Then he asks all the men to go to the back and all the women to come to the front of the stage… another great laugh erupts from an enthused crowd.

Kelle Rhoads jumps on stage and sings “Back to the Coast/Killer Girls” with Jeff Young on the Flyin’ V and Sherri Young lending her vocal talents as well. It was 1979 all over again. Kelle was strutting his stuff in a killer glitter covered jacket. This teacher is a showman with passion and a flare for glam. His excellent showmanship brought glam to 2014.

Then after Kelle left the stage a cry from the crowd — Rudy fucking Sarzo!!!
The night finished with an acoustic ensemble of all the guitarists playing Dee… it was very emotional. Randy was there. Just as the song ends Phil Demmel jumps out of his chair and yells “Nailed It” and he was right — they really nailed it and the entire point of the show in those 52 seconds. Dee left us speechless. Complete silence filled the room. Not a word from anyone, showing respect for the song. No guitars were plugged in for this one. Some of us had goose bumps, some had tear­-filled eyes, some both.   What an honor to witness this magnificent moment.   Randy Rhoads was truly Remembered tonight but more importantly he will never be forgotten, and neither will this night.” 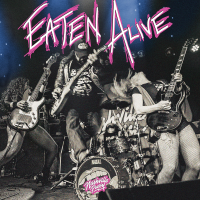 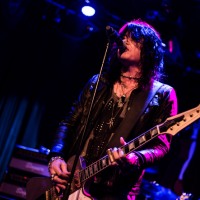 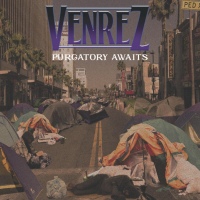