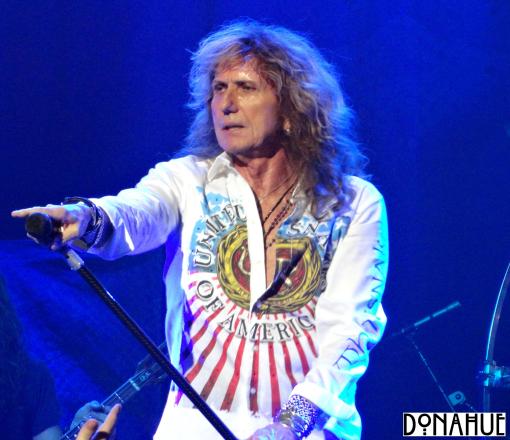 For nearly two years this current line-up of Whitesnake has been at it with
The Purple Tour last year and the current Greatest Hits Tour.

House of Blues, Boston located on Landsdowne St. is directly across the street
from Fenway Park and The Green Monster.

Inside HoB is General Admission and two Balconies with SRO on both sides of the 1st and 2nd levels.    Bars are located along the walls and at the back of the venue, on each level. But the really cool part of HoB is The Foundation Room.  Imagine an opium room with incense, fire places, dimly lit private alcoves, amazing menus, wall to wall (and on the walls) oriental type carpets and outdoor seating with a view of Fenway and all of Landsdowne Street. 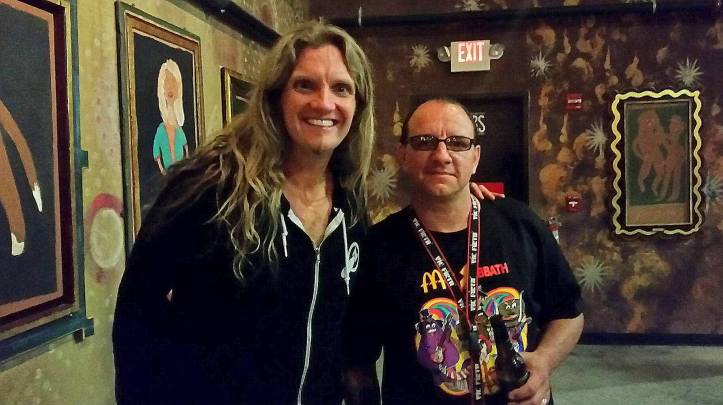 Down on the floor, with the masses, it’s business as usual. People packed in, men and women all here to take in the, hit after hit, set-list that Whitesnake has supplied us with for 30ish years.  The 2,500 capacity club has great sound and Coverdale tested it. It’s amazing to watch this man sing.

Considered Rock Royalty, the Frontman was hitting notes that had me thinking “man, that’s gotta hurt”, but not DC.   He just came back with an even more impressive vocal stunt.  His powerful voice along with his charismatic, front man extraordinaire stage prowess proves that he is without a doubt one of rocks greatest singers to this day.
The Set-List was runnin’ wild.   Bad Boys, Slide It In and Love Ain’t No Stranger started off the show.  Rockin’, Rollin’ and Romancing throughout the night the set list had all the men headbanging one minute and all the women swaying the next as the band played hit after hit of hard rockin’ tunes and ballads alike.

Solos were had by all. Reb Beach went first, shredding, crushing and piercing. Delivering a high level of guitar comes with ease to the veteran, most impressive.

Joel Hoekstra’s guitar solo was the only time we saw his purple glittered, gold leaf “WS” Gibson. I love this guitar, the flake is killer under any lights.  The man himself is what I consider the epitome of a Contemporary Rock Guitar God. His style of playing
and stage showmanship proves it. He looks and fills the role. 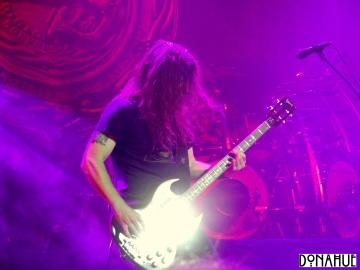 Michael Devin, the Hometown Hero, had a bass Solo that was telling of what else a bass guitar can do. Slapping, echoing, grooving and playing along with Tommy on the kit. It was pretty damn cool to see just the rhythm section jamming out for a
couple minutes.

A while later, Tommy Aldridge, the man, myth, legend and hero was as amazing and
entertaining as always. The drum solo starts with sticks and ends with fists. Even after all these years you can still hear parts from “Tribute” in his solo. (insert goosebumps here).
The lighting was awesome shining down on the very well kept stage. 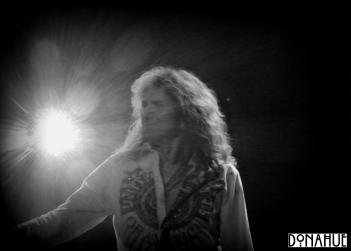 No special bells or whistles, just the band delivering note for note like they’ve been touring and playing together everyday for years.

The set-list continued with Slow n Easy, Cryin’ in the Rain, Is This Love, Give Me All Your Love and  Here I Go Again.

The crowd sang along all night and when DC asked for more vocals from the audience,
he got it. Everyone was eager to join in, and by the bands reaction you could tell we were damn loud too!
The Encore was Still of the Night…and it’s still stuck in my head.
Check it out, then go check out Whitesnake…you will not be disappointed.